St Robert’s Parish was well represented at the special memorial service this morning in the Amnesty Peace Garden behind the old Chantry Chapel. The Service was organised by Morpeth Town Council, in association with Morpeth Churches Together. The Service was led by Rev Ron Forster of St George’s United Reformed Church. 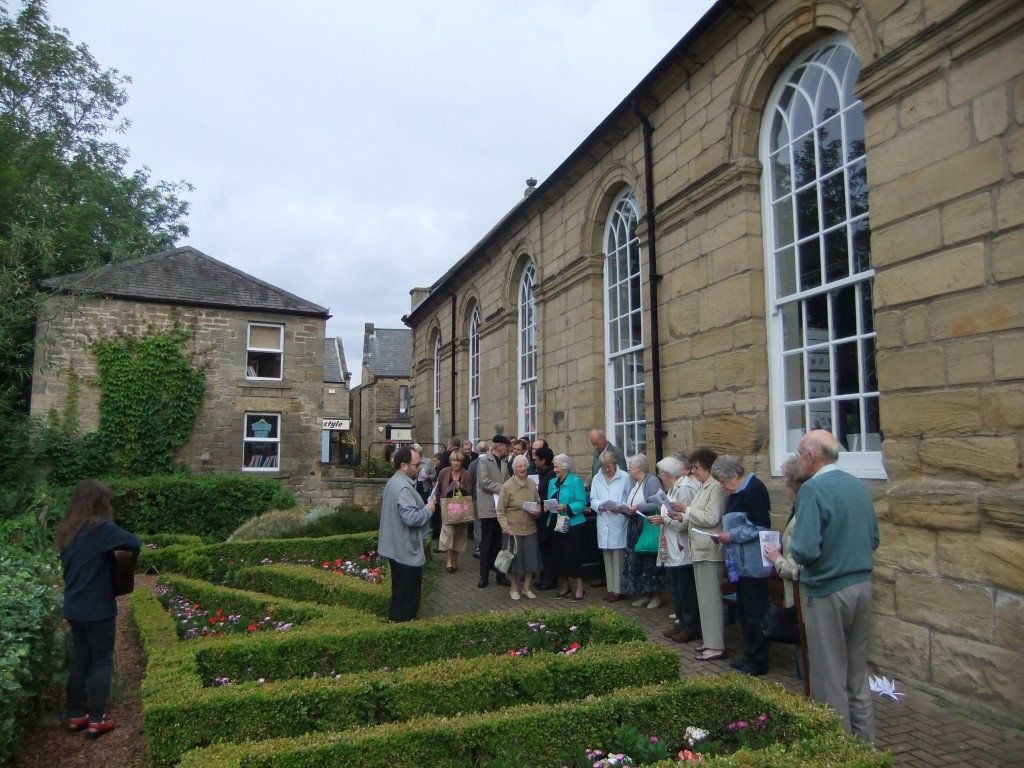 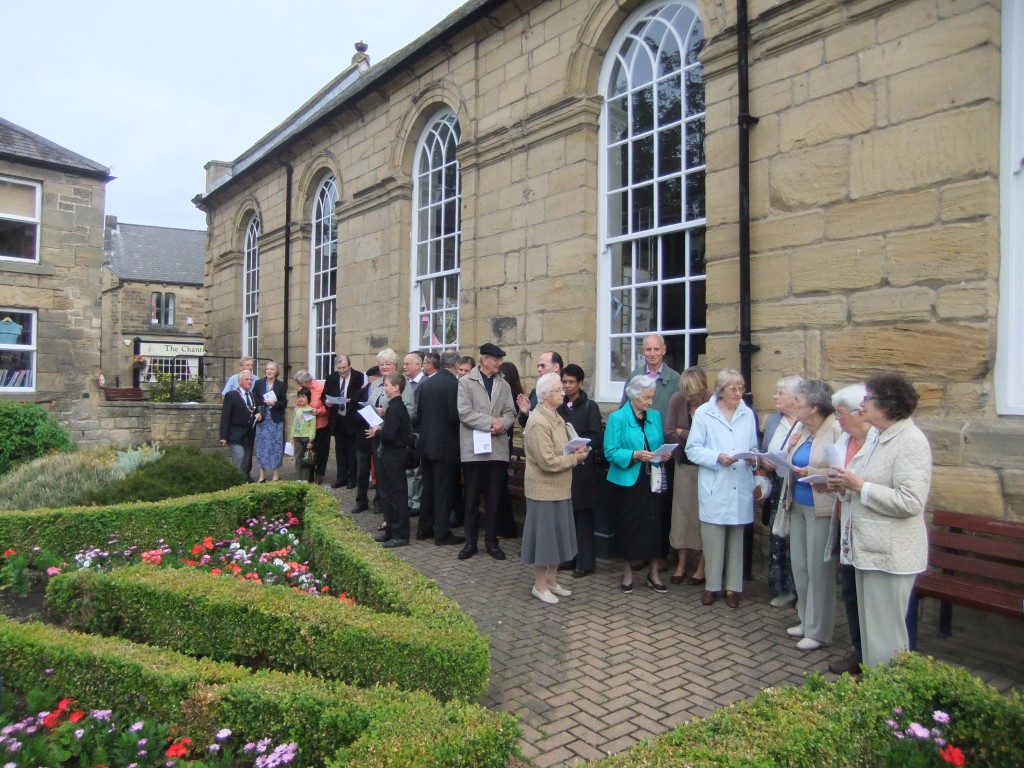 The Service began at 8.00am. A minute’s silence was kept at 8.15am because at that time on 6th August 1945 an atomic bomb was dropped from a USA B-29 bomber on Hiroshima, Japan. More than seventy thousand people died instantly or within hours. Few were soldiers. As the order of service told us “we meet for a simple and sincere acknowledgement of what happened on this day 65 years ago. In light of which and continuing atrocities around the world, we commit ourselves to actively work and pray for the peace, which God intends.” At the end of the service we offered each other a sign of peace and each person then took an origami crane (the bird that is!) and but in among the bushes.  This idea goes back to a 12-year-old Japanese girl Sadako, who was dying from radiation from the bomb in 1955. Japanese Legend says that your greatest wish will come true if you fold 1,000 origami cranes, so she set about the task in order that others would not have to suffer as she was. Sadako died before she could complete her work, but her classmates folded the remaining number so she was buried with 1,000 cranes. Ever since, the origami crane has been recognised as an international symbol of peace and nuclear disarmament.