A great afternoon was had by all who took part in the St Robert’s Day Procession and Service of Evening Prayer in what remains of Newminster Abbey. About 80 pilgrims took part – just about every Church in Morpeth was represented as well as pilgrims from our sister parish – St Robert’s in Fenham, Newcastle. I was absolutely delighted to see clergy and members from the various Christian Churches in Morpeth. Surely, this is recognition that St Robert of Newminster is the patron saint of all Christians in Morpeth, indeed “the patron saint of Morpeth”. Isn’t it about time that he was officially recognised under this title by the secular authorities as well? Just a few years ago Sunderland City Council declared St Benet Biscop as their patron saint!

St Robert was know for his miracles in life as well as in death. I don’t know if it was a miracle but it certainly was remarkable that at the moment we left St Robert’s church at 3.30pm the rain stopped. 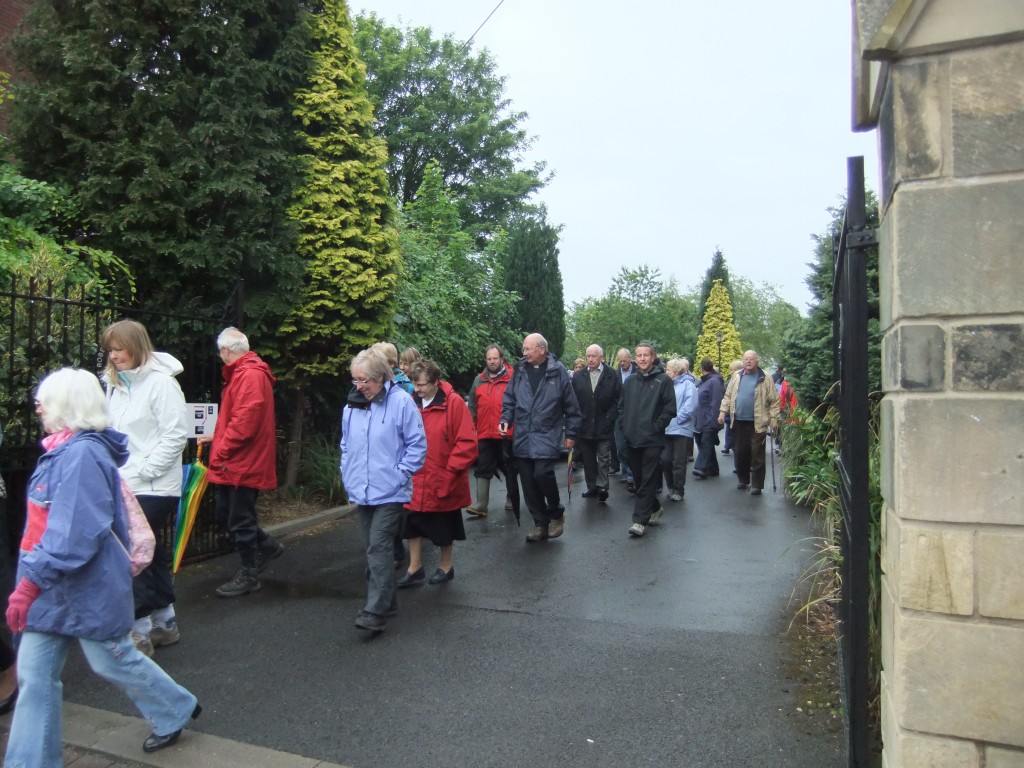 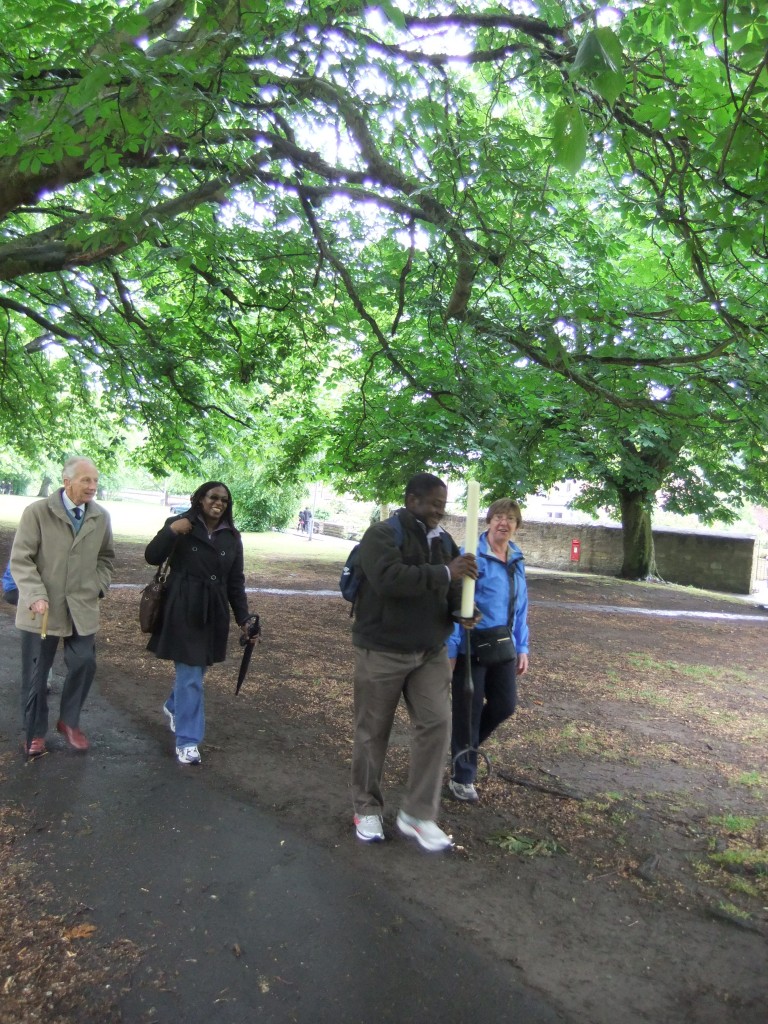 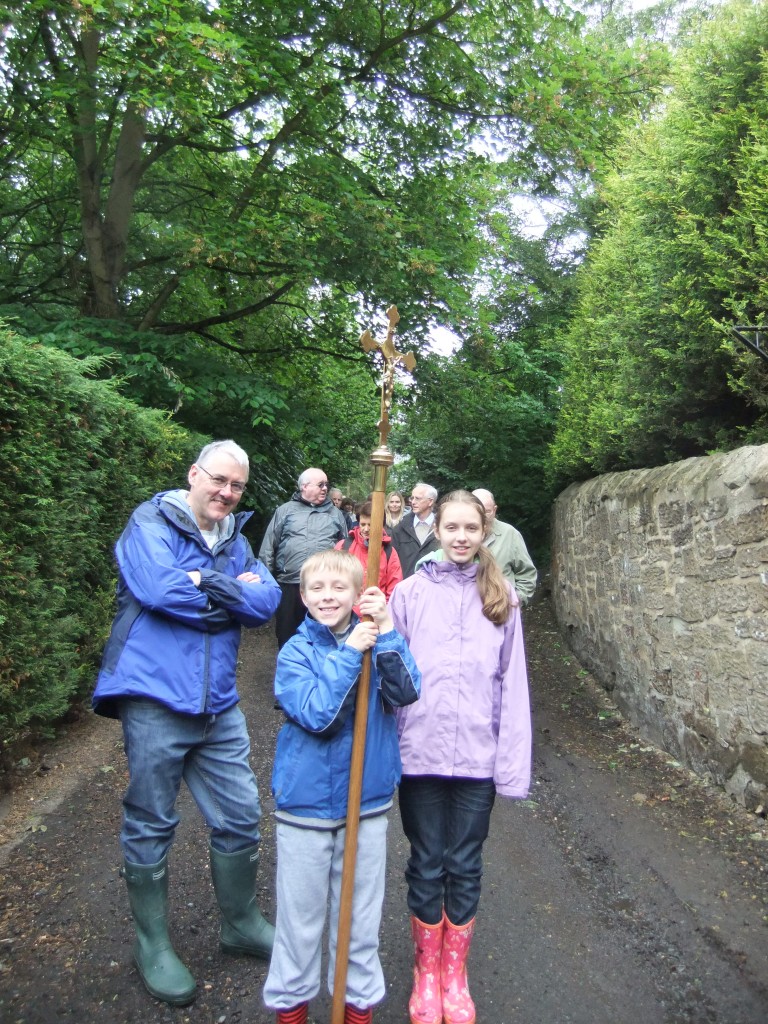 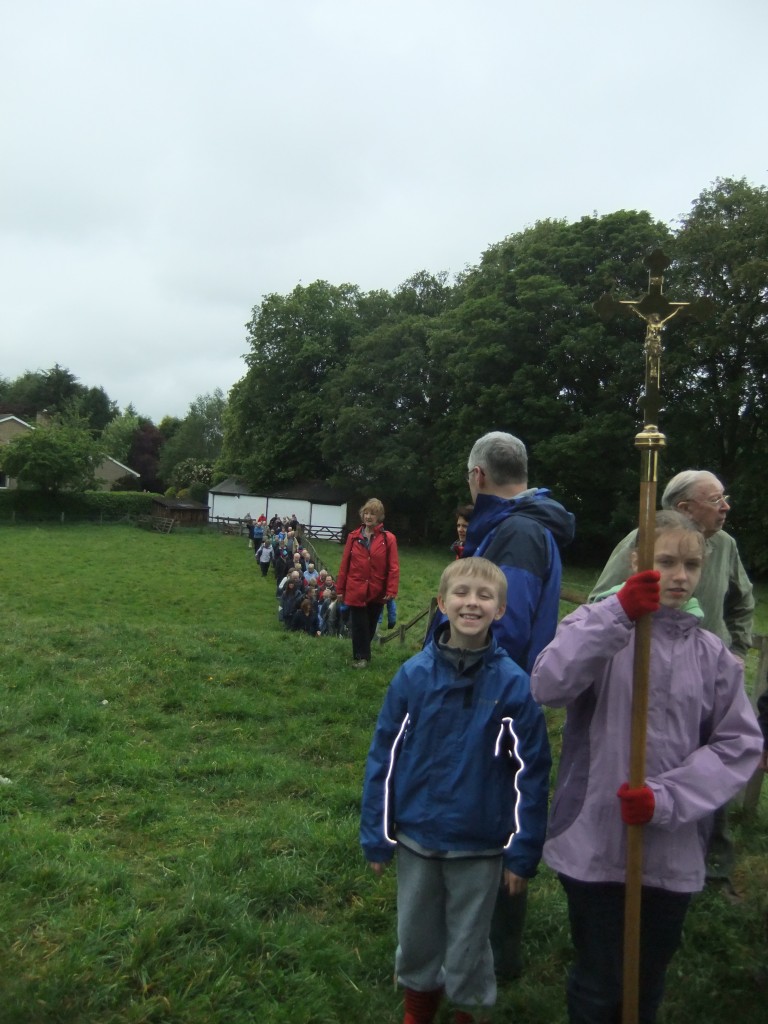 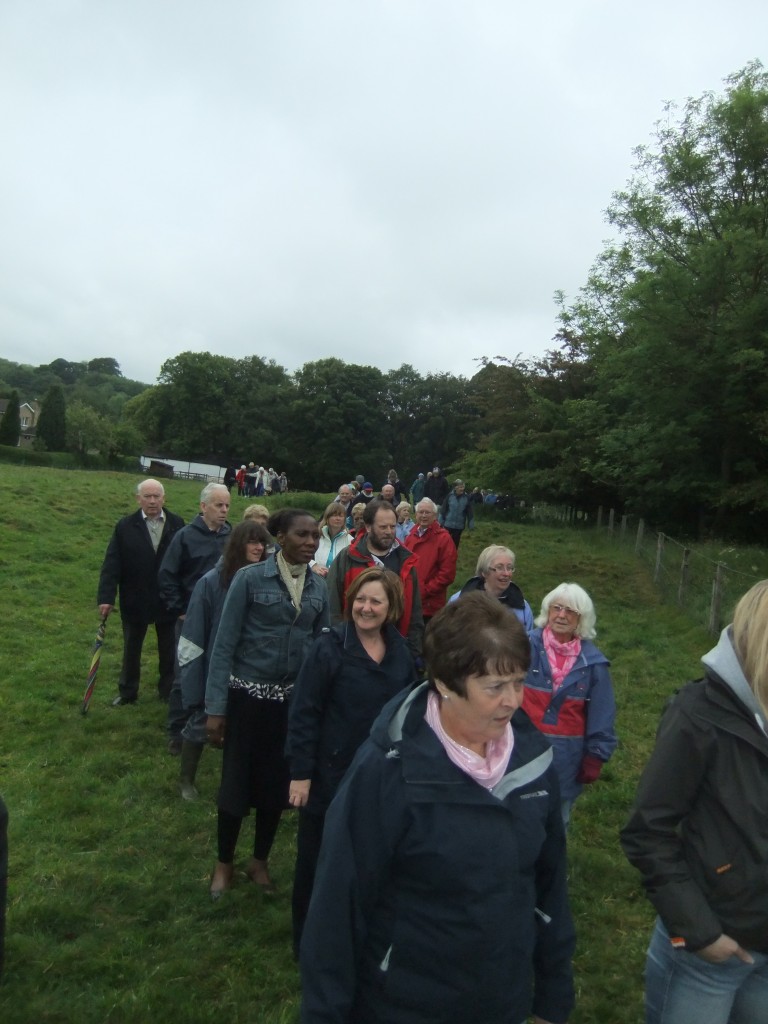 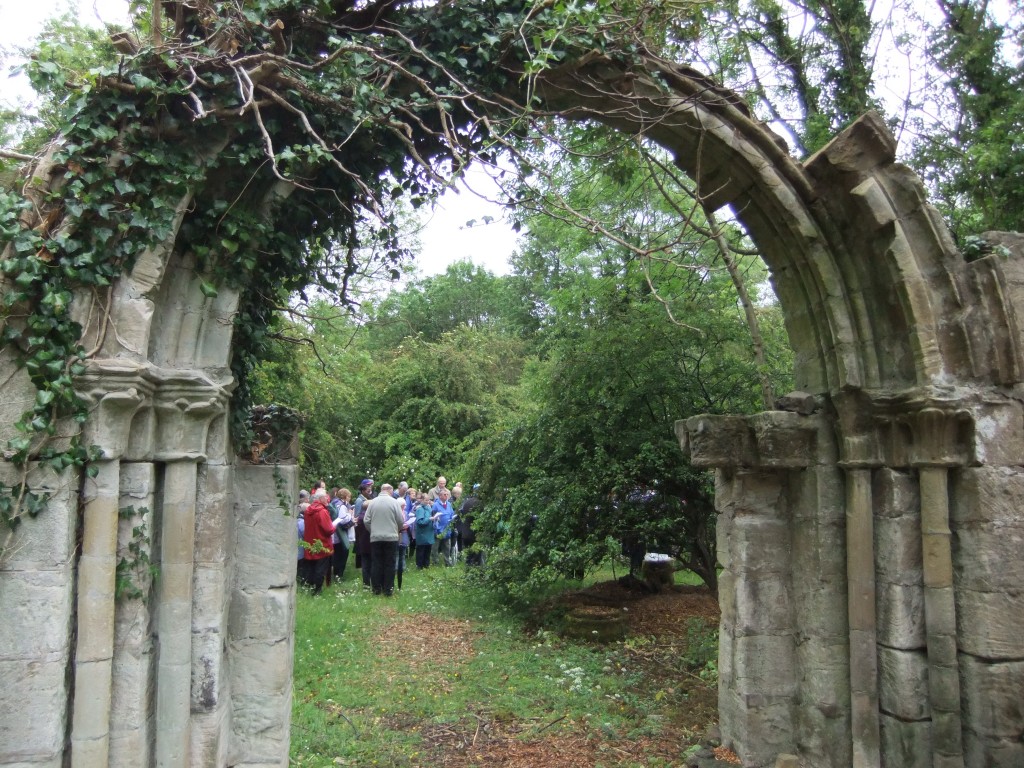 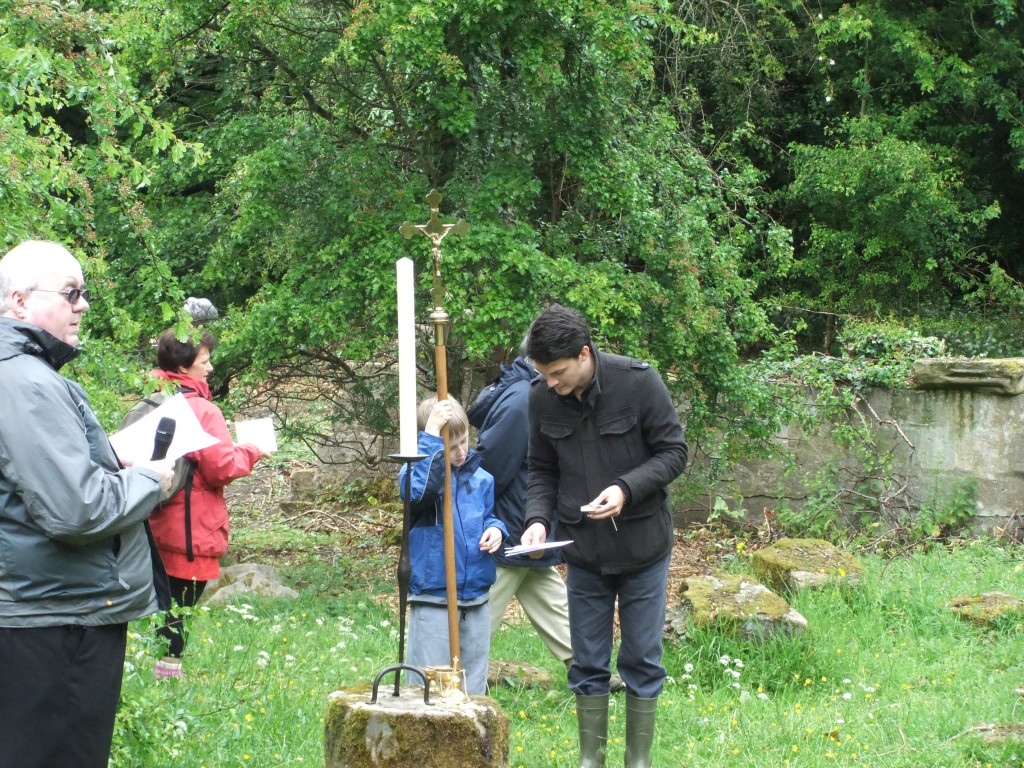 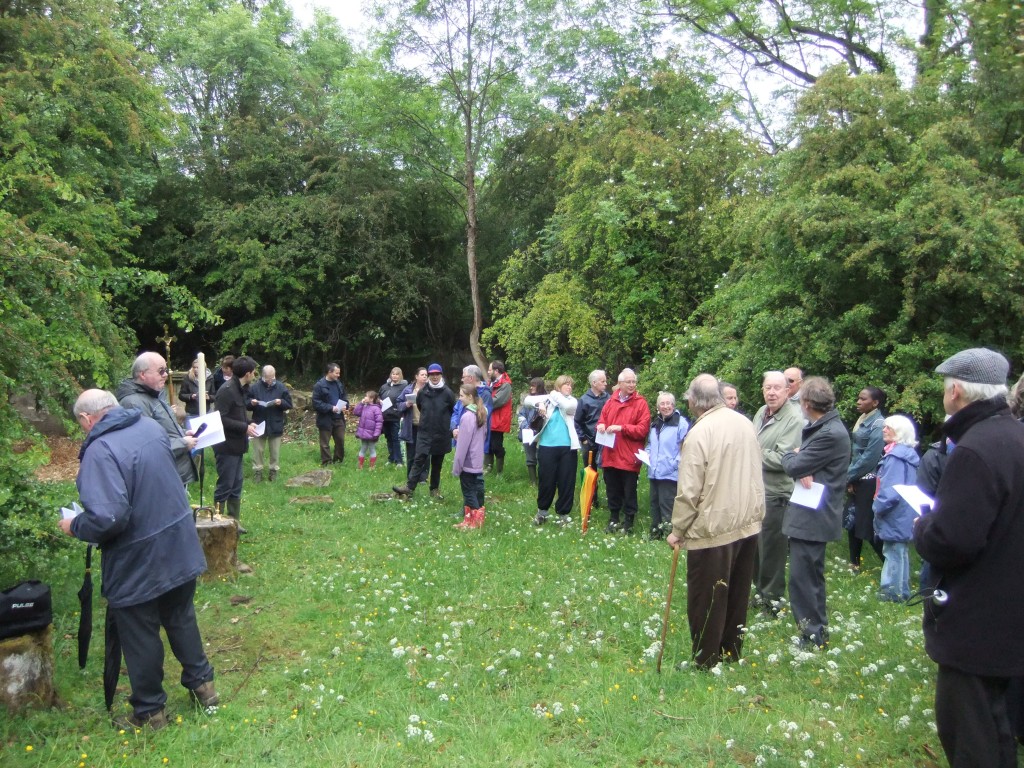 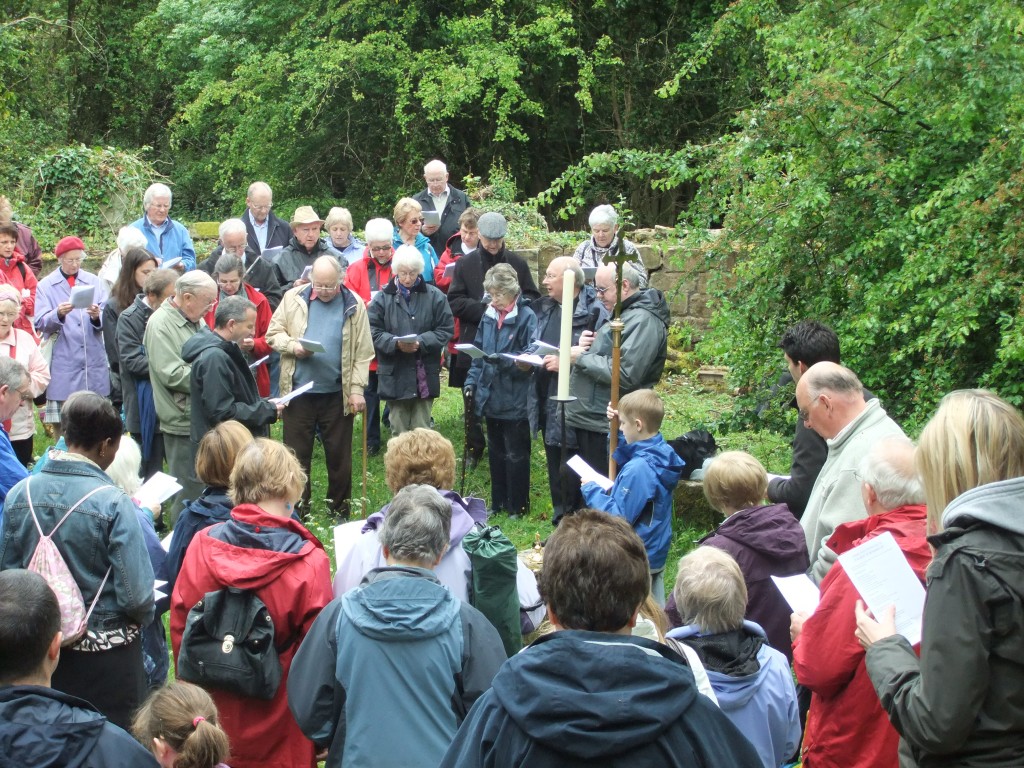 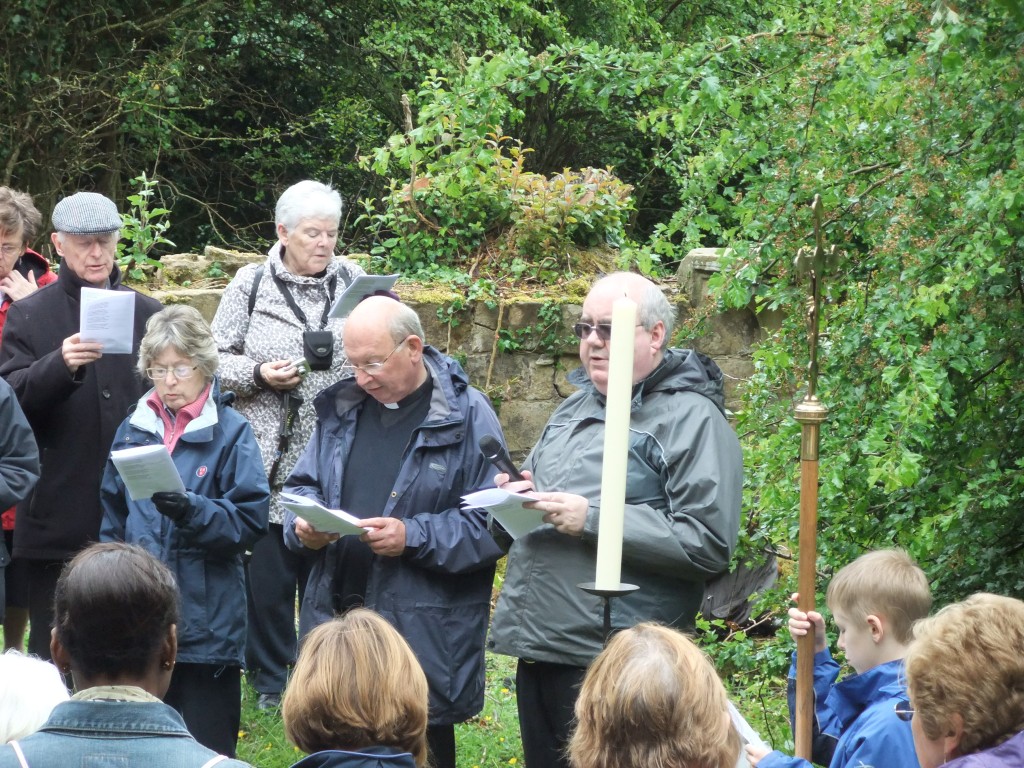 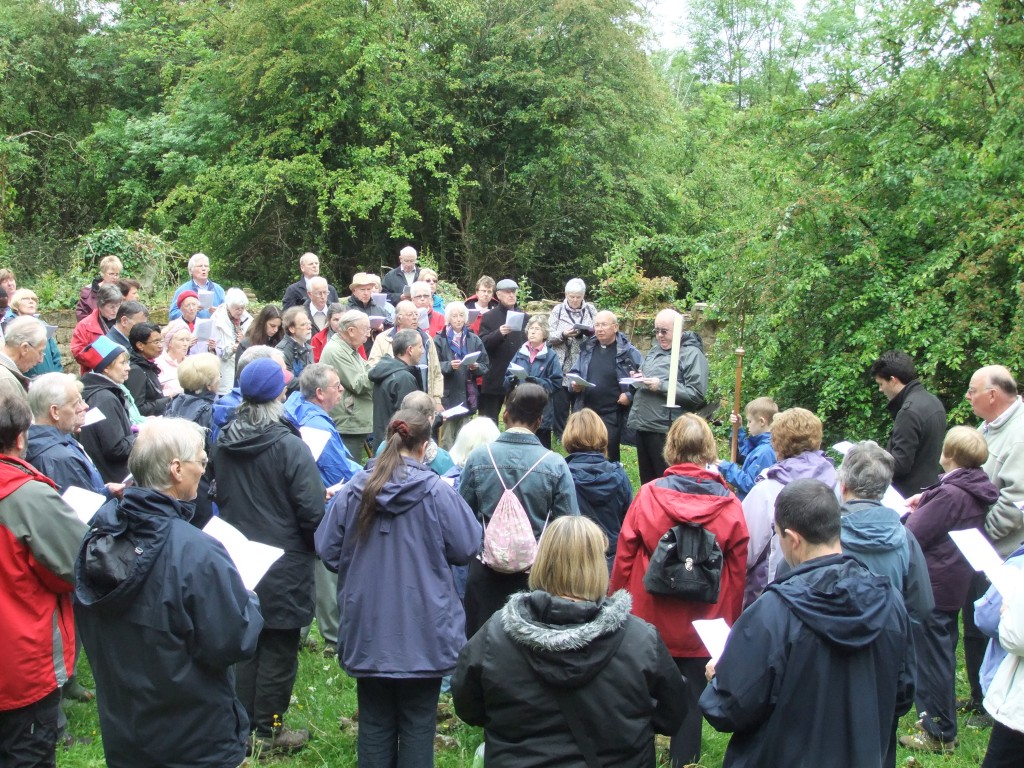 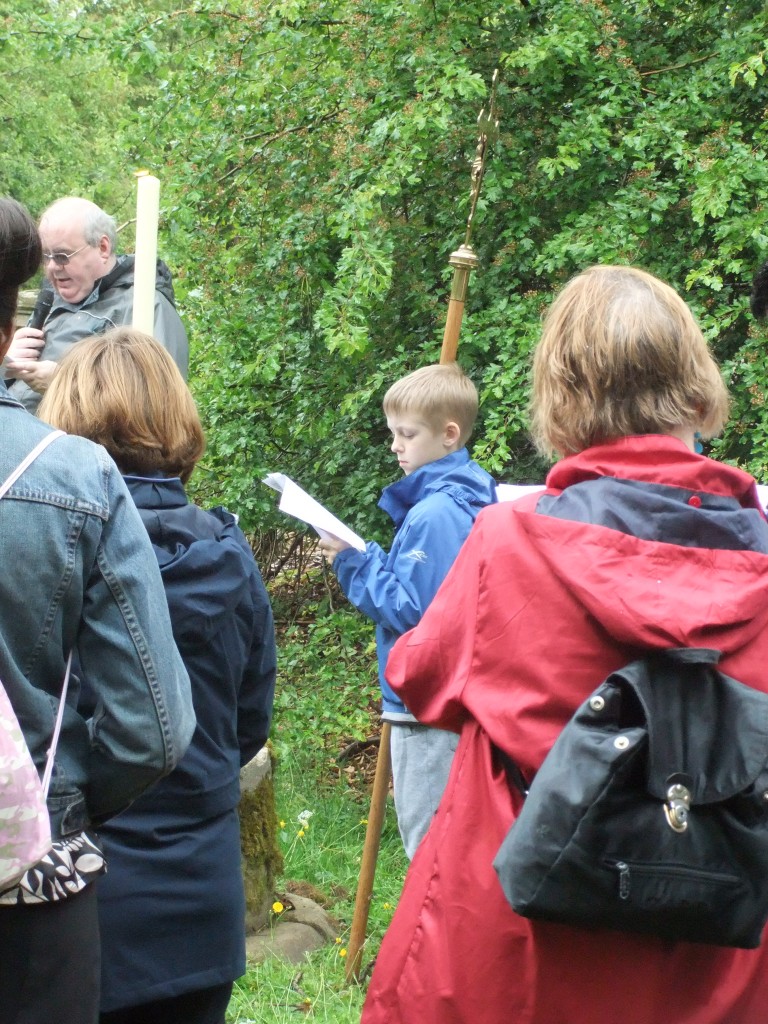 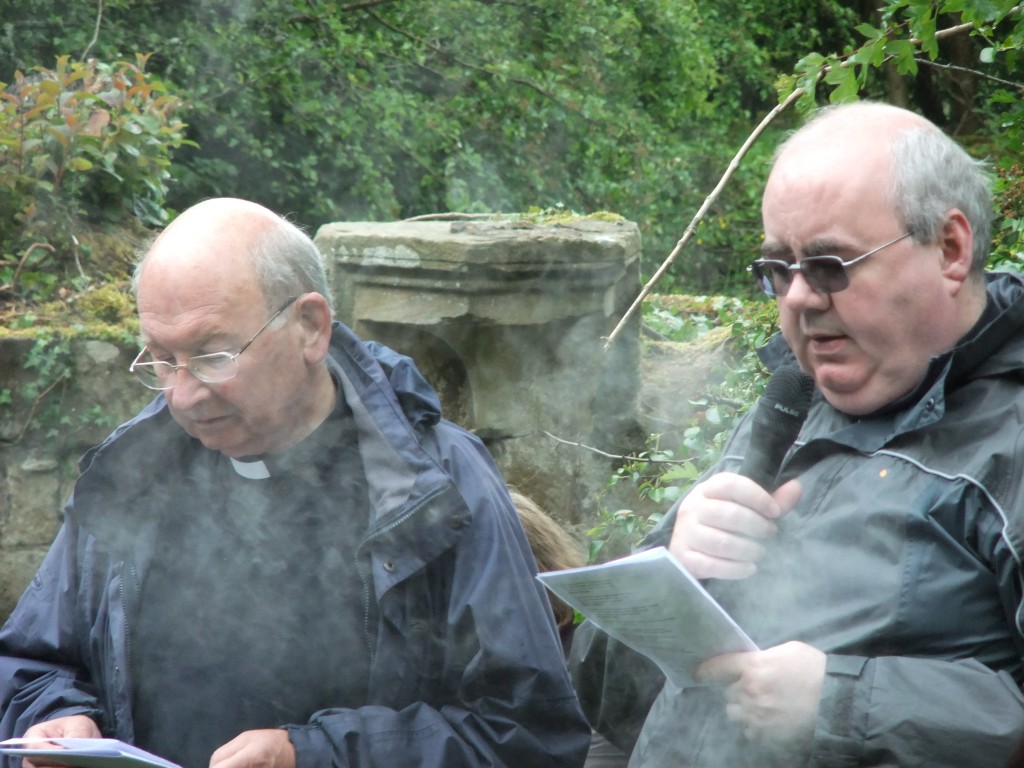 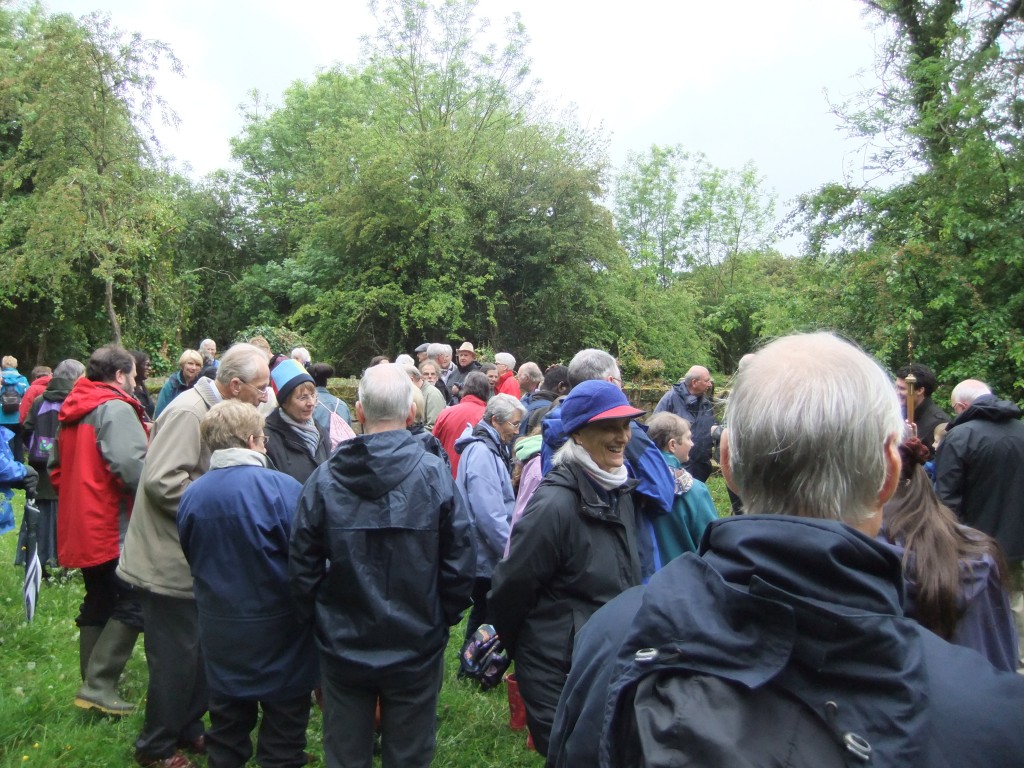 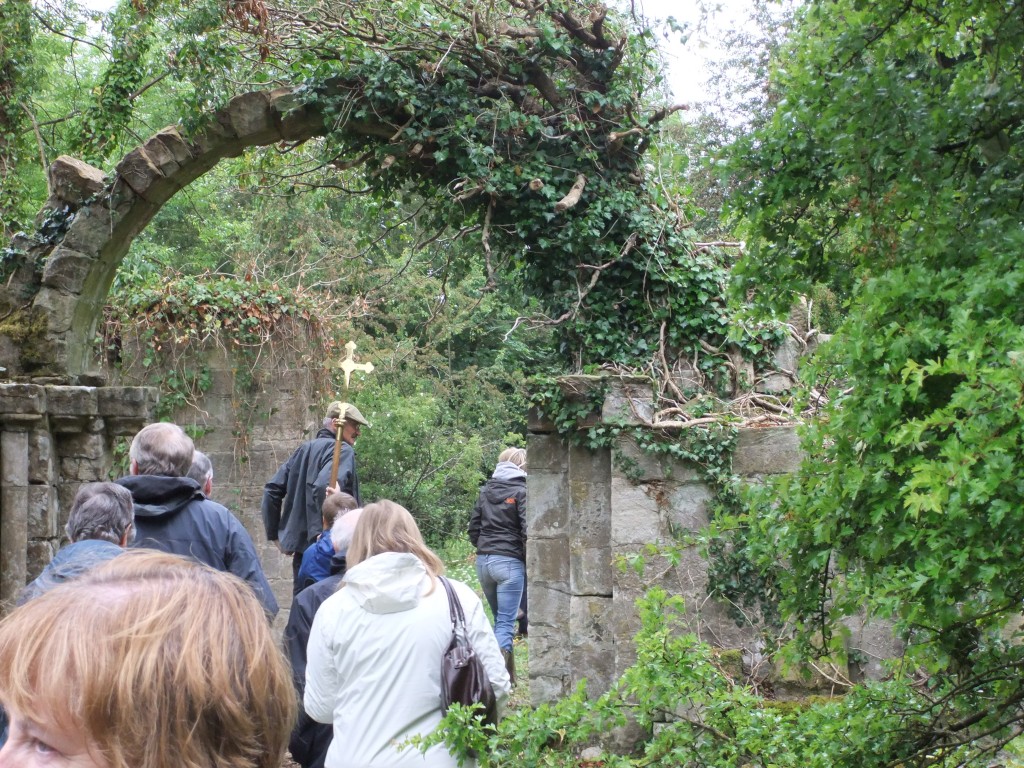 Back to St Robert’s church hall for Afternoon Tea: 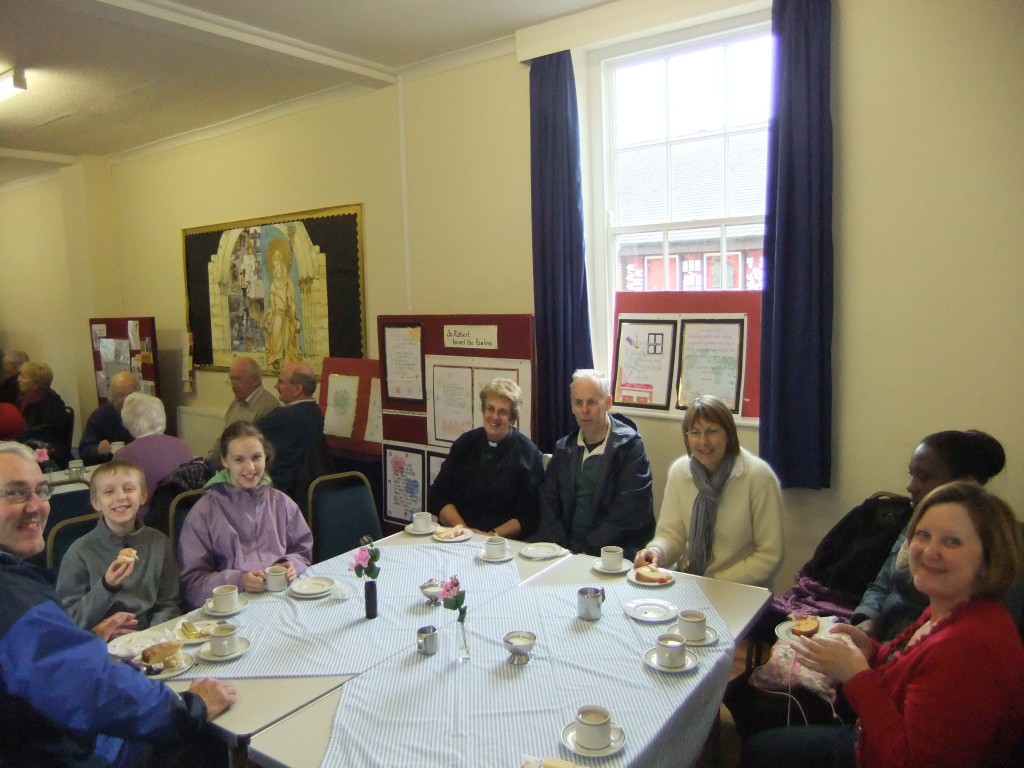 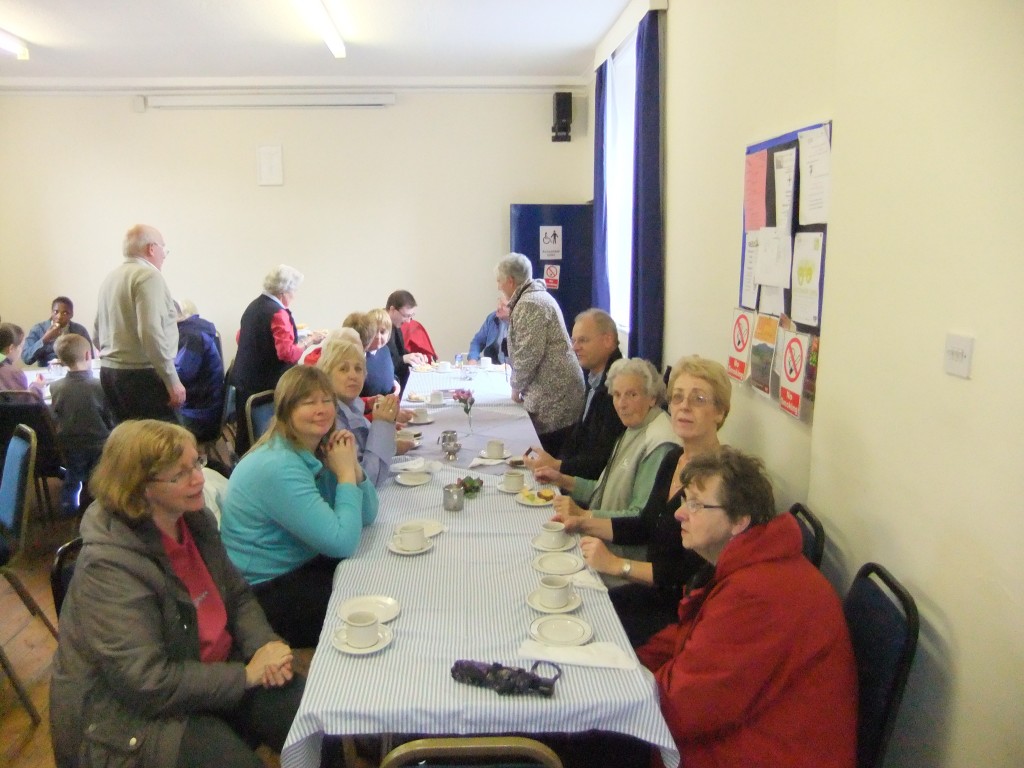 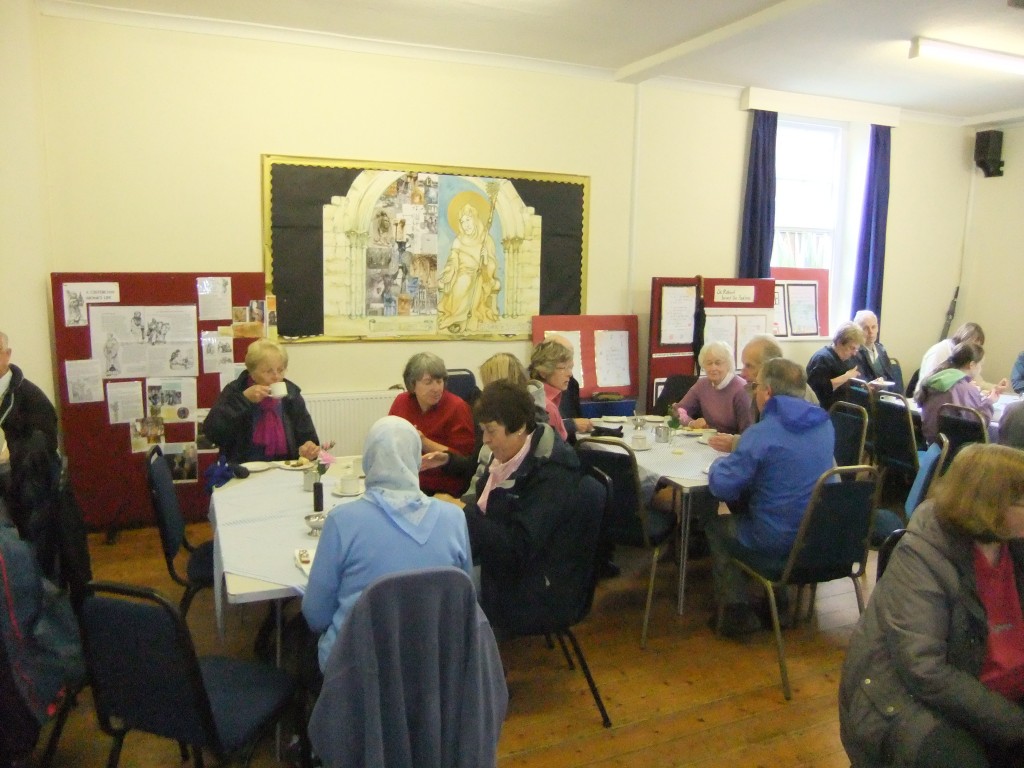 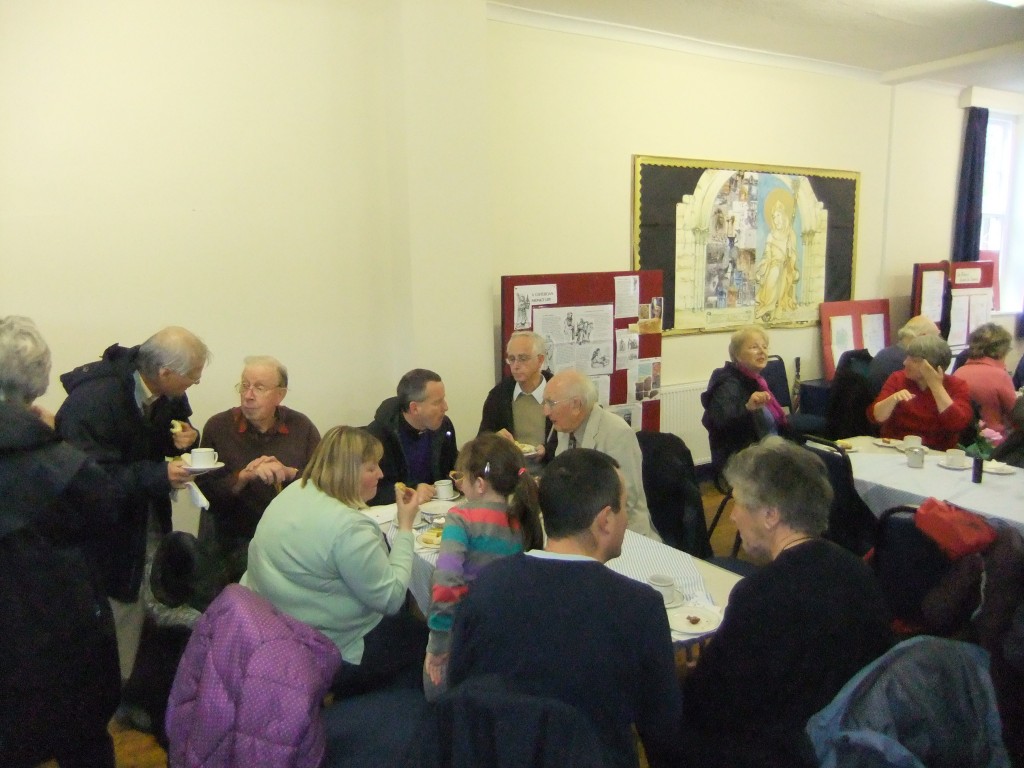 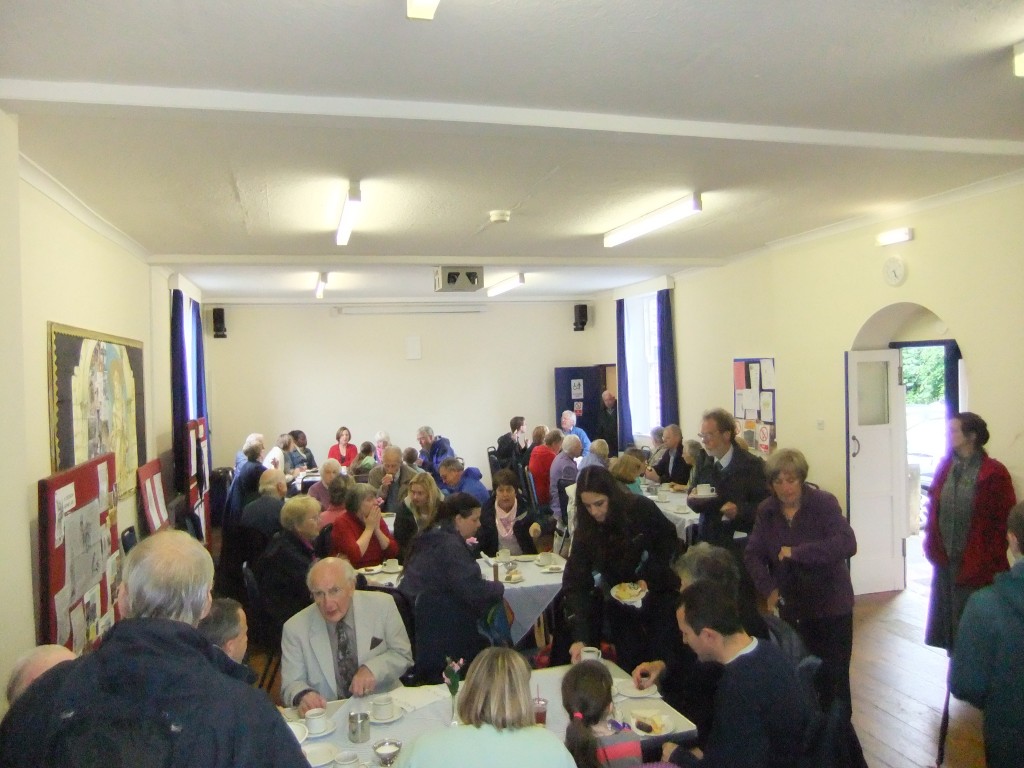 Some images of the ruins: 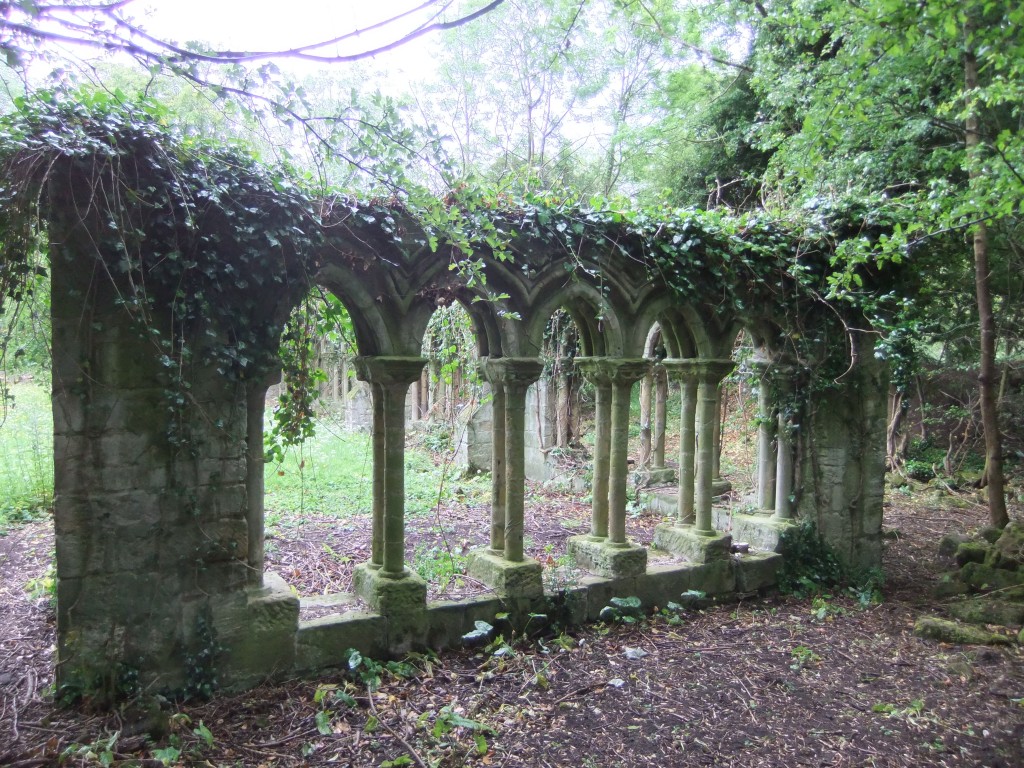 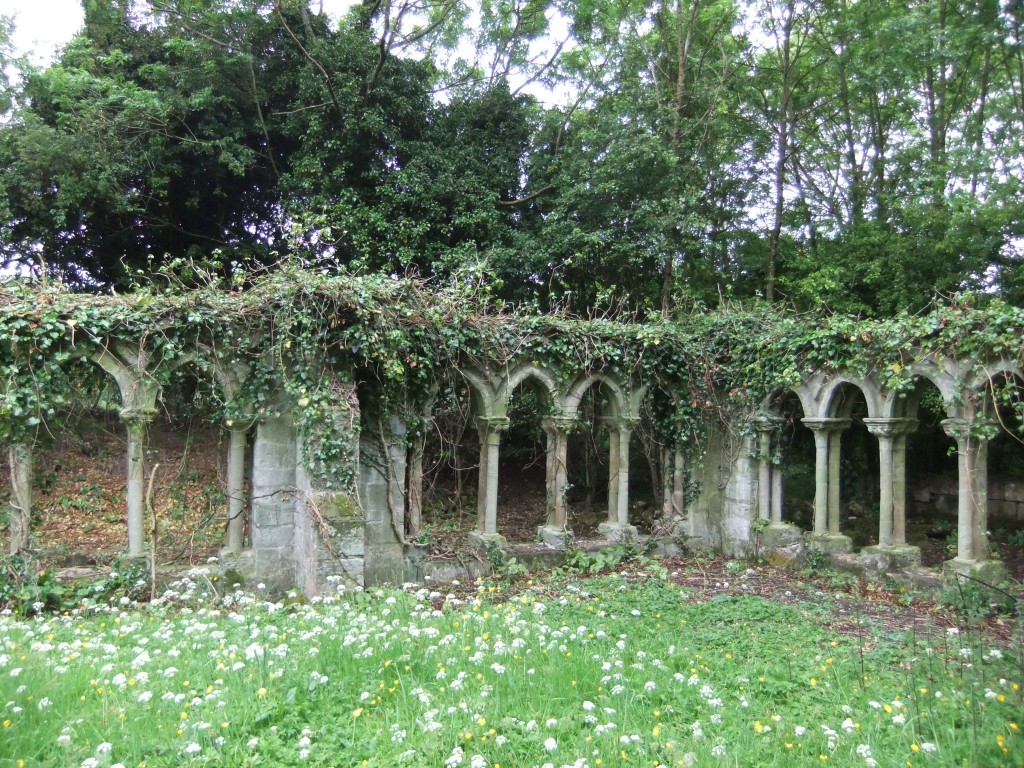 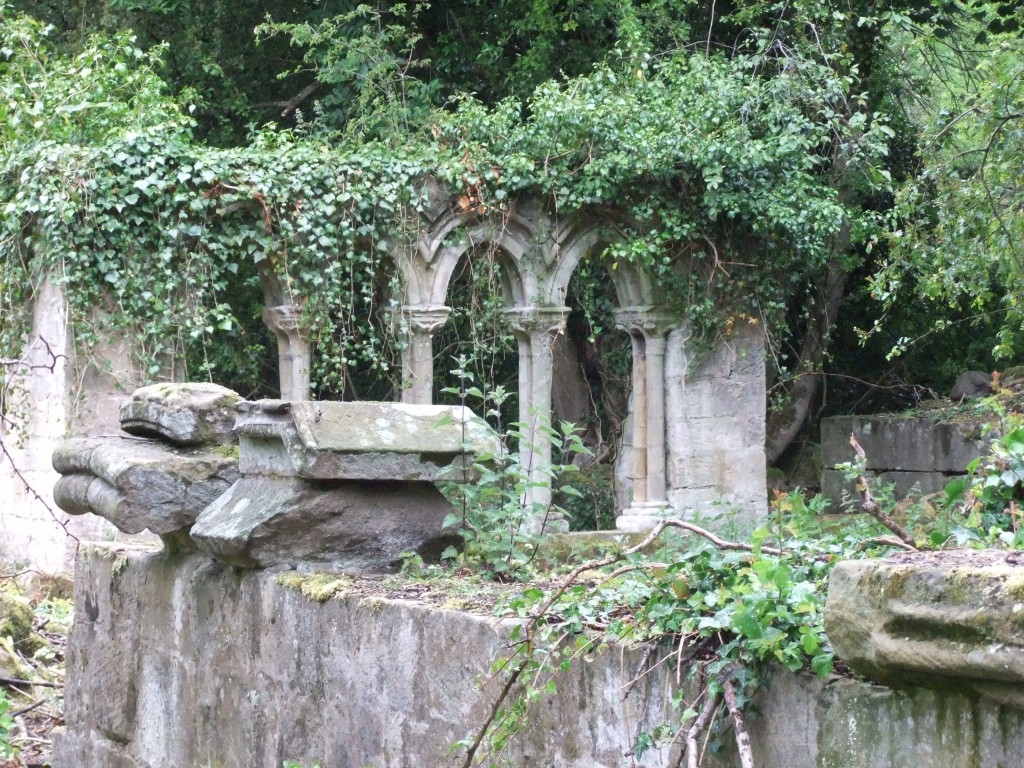 The Cistercian Calendar for the 7th June reads:

Born in Yorkshire. After studying in Paris, he returned to England, became a parish priest and then a Benedictine at the abbey of Whitby. In 1132 he joined the monks of St Mary’s, York, and participated with them in the founding of Fountains. Seven years later he founded Newminster near Morpeth, Northumberland and became its first abbot. Under his administration, the house prospered so much that it was able to establish three daughterhouses: Pipewell, Roche and Sawley. Robert wrote a commentary on the Psalms and a book of meditations no longer extant. He “was strict with himself, kind and merciful to others, learned and yet simple.”

In the Night Office Reading for St Robert’s Feast Day in the Cistertian Calendar we read:

Robert was a contemporary of St Bernard and was born near Skipton in the diocese of York. He went to school with the Benedictines, and after ordination as a diocesan priest completed his studies in Paris. Soon after his return to England he became rector of his native village of Gargrave, and sometime afterwards joined the Cluniac community at Whitby.

In the winter of 1132 the monastery of Fountains was founded by monks from the Benedictine Abbey of St Mary in York, and Robert was allowed by his Abbot to join them. When the winter was over, the Community decided to send messengers to Clairvaux asking to be received into the Cistercian Order. St Bernard welcomed them with great kindness and sympathy, and sent them a monk to teach them the Cistercian way of life.

Their poverty was extreme, and as there was also a famine in the country they were reduced to eating wild roots and the leaves of trees mixed with a little meal. Nevertheless, the monks of Fountains were always known for their generosity to the poor.

Conditions gradually improved, and after a year buildings were erected and they were asked to make a foundation at Morpeth in Northumberland. Five years after the foundation of Fountains, 12 brethren with Robert as their leader settled at Newminster. It was a beautiful spot, well provided with water and sheltered by woods. There they built their first monastery only to have it destroyed by the King of Scotland a year after its completion.

Robert ; at this time was strong and active, a man of great simplicity, possessing the gifts of wisdom and discernment. The fact that he was chosen from among so many capable men to make the first foundation is a sign of his character and of the esteem in which he was held. The chronicler notes in particular his spirit of compunction, his austerity, his humility, and his care and concern for the welfare of his monks. During the next 10 years Robert founded Pipewell, Sawley and Roche Abbeys.

About 1142 Robert was the object of malicious accusations, but when the complaints came to the ears of St Bernard he gave Robert his full support. On his return from Clairvaux, Robert had no words of reproof for his detractors. He died in 1159. and along with his countrymen Stephen Harding, Aelred and William of Rievaux, is venerated as a saint.